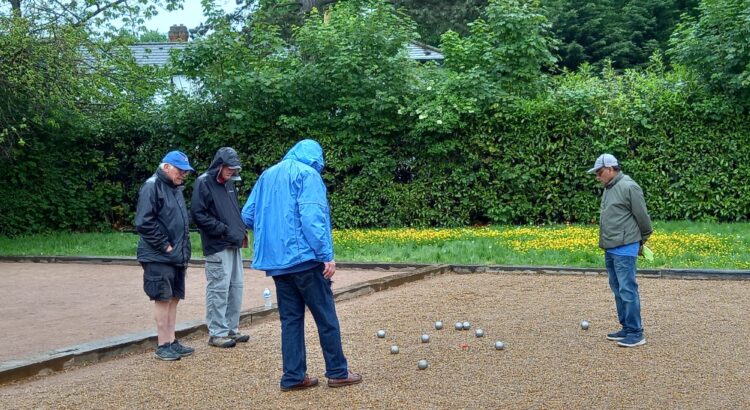 Sunday was the day for this year’s Founders Cup and, in truly horrid weather, just 10 hardy souls ventured out in search of glory and Grand Prix points.

With the rain eventually making one piste unplayable, most matches were played on “the beach”
(Update May 21st : I have been told that this actually isn’t correct – it is just that most of the photographs from the day happened to feature play on the beach.)
and there was some very good play and some very tight games, with no fewer than 4 finishing 13-11 or 13-12.

The competition was won by Ash Patel (not the first time we’ve said that this season), who won all 6 of his games. Runner up was Terry Eames, while David Randall finished 3rd. The full score sheet is available on our Competition page.

Here are some photos of the proceedings.