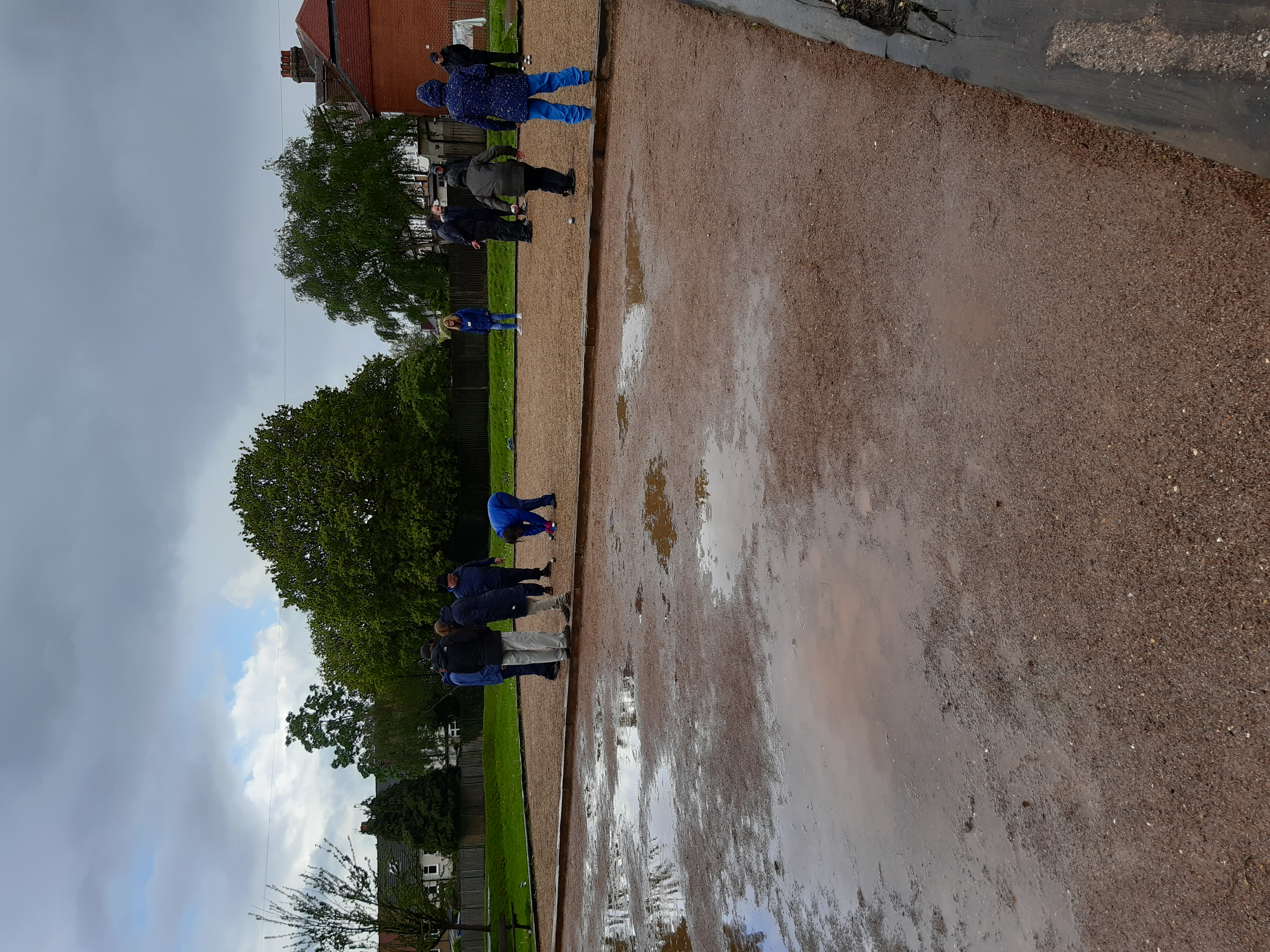 We held the first competition of the year on Sunday in weather that rabged from really quite pleasant to … really very much not. As we were unable to use the hut, a crew erected an awning that provided some shelter from the elements, and that helped a lot.

We had 18 players, meaning that we were able to have 6 triples playing 6 rounds. Unfortunately, the conditions just got too much for 2 of our number, so that we ended up with 2 doubles and 4 triples. Despite having to give up, Kathleen was determined to stay and watch, and ended presenting the prizes.

By the final round the weather had rendered our main piste unplayable so we ended up with all 3 matches on “the beach”.

The competition was won by Robin Reid, who won all 6 of his matches, with 2nd and 3rd places being taken by Terry Eames and Cecily Webb, both of whom won 5 matches out of 6.