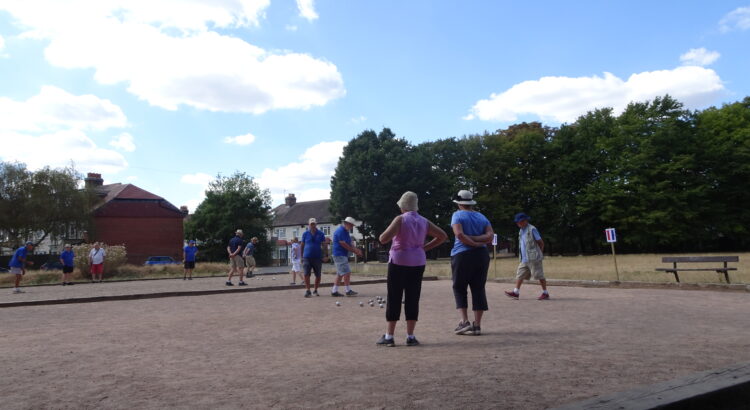 We welcomed Sutton Highfield to our pistes on a blistering afternoon. The match format was for 4 x triples, with each team’s triple playing once against each of the opposition. Following those matches, and a welcome break for some shade and cake, we then played a singles format, where each player played 1 game against one of the opposition players. We took the opportunity to extend that a bit, as both teams had a reserve in attendance, giving everyone a game.

Croydon won the triples, and 5 of the singles, with Gary Greenman and David Randall being good hosts and allowing their opponent to win. To excuse them (a little) this was Gary’s first match on the beach, while it was David’s first match of the day.

It was a really good afternoon and we thank Sharon for bringing her team over – maybe we can make it an annual event.

Here are some photographs, for which thanks to Maryann Jones.